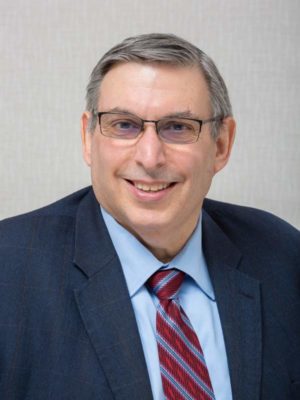 When I was being interviewed for the position of rabbi at Emanu-El of Waukesha in 1999 the first building renovation was nearing completion. My interview was conducted under a skylight because the electric power in the building was off, hence no lights. The interview concluded when people observed in was getting dark. The president at the time was Ed Weiss, who is blind and has a great sense of humor. In response to the observation that it was getting dark, Ed replied, “Oh, I hadn’t noticed.”

A few years later Nate Kraines set up an appointment with me to discuss the next phase of renovation. At that meeting he told me that he and Ellie were ready to donate $50,000 toward the project and asked if I would join him in a meeting with Bill & Riva Merkow and Steve & Ann Merkow. We left that meeting with matching pledges from both couples and thus began the second stage of the renovation. I suggested a three committee structure; fundraising, design and construction – allowing all who wished to be involved to find the best way to offer help. Ann Merkow and Ken Finkel agreed to co-chair the fundraising committee, which in the end raise more than the needed funds. Cindy Levy chaired the design committee and Nate Kraines chaired the construction committee. Mark Levy was president of the congregation and appointed Mike Kotkin, his vice-president to chair a steering committee that would make sure all groups worked in sync. This also allowed Mark to keep other programs of the congregation on track while Mike focused his efforts on the building project. During this time synagogue membership and activities grew.

As part of the construction a hallway was made available to store historical items. I suggested creating a synagogue archive, which has been managed by Joe Dailey.

Programs I introduced were: Unwinding the Torah in the synagogue and adjoining room as part of the Simchat Torah Celebration; the Wednesday morning study group, unique as a daytime adult education program in the community; the Soup-er Shabbat program; the first ever congregational trip to Israel; twice receiving a grant from the URJ to run the Taste of Judaism Class; the seventieth anniversary celebration and membership peaking at about 110 family units. For the first time we hosted the Interfaith Thanksgiving service run by the Brookfield Elm Grove Interfaith Network (BEGIN).

I also brought the congregation into closer contact with the URJ – becoming a full member of the MCRC (the Reform Congregations of the Metro Milwaukee area), supporting the reestablishment of a congregational Sisterhood and having the URJ President, Rabbi Rick Jacobs, visit the synagogue. Congregants have become active in leadership roles in the URJ as well.

My sixteen years involved many wonderful years sharing the pulpit with cantorial soloist Arlene Spanier, working with Phil Musickant as Education Director and seeing the congregation develop a stronger sense of pride in its own achievement. It was one of the best times of my life, meeting many wonderful, sweet people who really care about their Jewish identity and working with other religious leaders.